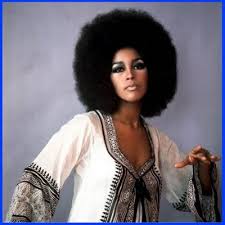 Marsha Hunt met Marc in 1969 when she went to the studio where Bolan was recording “Unicorn”.Tony Visconti said that when Bolan and Hunt met, “[y]ou could see the shafts of light pouring out of their eyes into each other…. We finished the session unusually early, and Marc and Marsha walked out into the night hand in hand.” According to Hunt, the relationship between the two was based on more than physical attraction, though she also recalled that her commercial visibility put her at

opposition to Bolan’s philosophy that “the serious art of music…was validated by obscurity.

the Isle of Wight music festival in 1969 with her backup band White Trash. Hunt’s first single, a cover of Dr John’s “Walk on Gilded Splinters” was released on Track Records in 1969; it became a minor hit. An album, Woman Child (in Germany released under the titel “Desdemona”), followed in 1971. In May 1977 an album with disco songs was released in Germany with the title “Marsha”. It was recorded at Musicland Studios in Munich and produced

by Pete Belotte (coproducer with Giorgio Moroder of many Donna Summer albums) She has covered a couple of Bolan tunes.