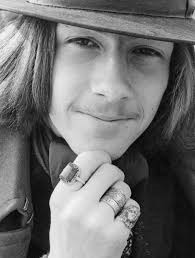 Bolan and Took,  as Tyrannosaurus Rex, busked in subways on acoustic guitar and bongos, Took having been obliged to sell his full drum kit to pay the rent until paying gigs started to come in. The flower-power unit, championed by John Peel onto the club and stage circuit 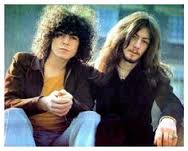 recordings than on studio recordings, and provided bongos, African drums, kazoo, pixiphone, and Chinese gong. Took’s arrangements contributed to transforming Bolan’s music from the straightforward rock ‘n roll it had previously been into an exotic brew of musical styles designed to appeal to Bolan’s new audience of hippies. Towards the end of his time in the band, as Bolan began returning to the electric guitar, Took returned to a full drum set and also contributed some bass guitar parts.

Took developed his own 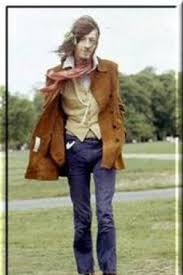 in early 1969, with recording just complete on Tyrannosaurus Rex’s third LP, Unicorn, Took suggested to Bolan that the duo could perform some of his own material; Bolan refused. By this time, the life styles of Bolan and Took were in direct conflict. Bolan was living quietly with wife-to-be June Child, while Took was rapidly forging links with “revolutionary” underground acts, such as The Deviants and The Pretty Things. The relationship was deteriorating badly—Bolan barely tolerated Took’s drug use, and Steve Mann recalled that it was clear they “cordially detested each other”.

friendship with Bolan’s idol Syd Barrett had also developed through their shared interests in both LSD and “strange musical noises”. Mick Farren, in his memoir Give The Anarchist A Cigarette, recalled that Took would “drag a bemused Syd Barrett along” to events in Ladbroke Grove in the late 1960s; Took remained friends with Barrett well into the 1970s. Took worked with Syd Barrett on unreleased “Ramadan” tracks. While in Tyrannosaurus Rex, Took also appeared as a backing vocalist on a session for David Bowie, the results of which can be heard on the BBC sessions album, Bowie at the Beeb. 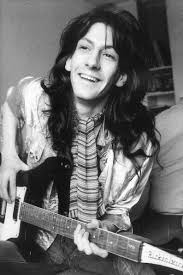 songs to former Tomorrow and The Pretty Things drummer Twink’s 1969 solo album, Think Pink Consequently, before the first Tyrannosaurus Rex tour of America, Bolan and his management sacked Took. Another contributing factor was an incident at the launch party for the UK edition of Rolling Stone, where jugs of punch prepared for the event were spiked with the hallucinogen STP. Took had already earned himself the nickname “The Phantom Spiker” (in which

he rejoiced) through previous similar pranks. Bolan was severely affected by the spiked drink and considered Took to be the prime suspect. 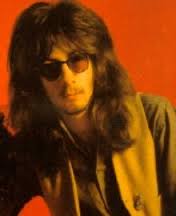 Took was contractually obliged to go

on the US tour, but his heart was not in it and he drowned his sorrows in as much drug-taking as possible. This allowed the management to claim subsequently that it was Took’s behaviour on stage which had caused the sacking. Bolan replaced Took with Mickey Finn, and after one further album renamed the duo T. Rex, later expanding to a full band again.