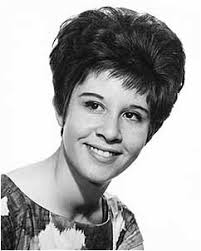 Marc formed his first “group” in 1959, along with schoolmate and later ‘60’s teenage singing star Helen Shapiro, Stephen Gould, who also enjoyed ‘60’s chart success himself and  her cousin, 60s singer, Susan Singer They called themselves “Suzie And The Hula-Hoops“. Rehearsals were held in the front rooms of their homes and two public performances were given, one at a local cafe and the other at a local school.

Unfortunately these appear to have been the sum achievement of the band and it subsequently disbanded.

old friend Helen Shapiro became Britain’s biggest pop star. Still in her mid-teens but possessed of a booming voice, she was having hits like Walking Back To Happiness and Don’t Treat Me Like A Child. Her run of luck continued until the arrival of The Beatles, with whom she toured. They of course kicked solo singers out of the limelight. But while it lasted, the effect on Mark Feld must have been tremendous. Already ambitious and self-aware to an exceptional degree,

here he saw a girl from his own gang becoming the country’s top teen celebrity. It could be done! Maybe it was his turn next!

as a pop singer at fourteen in 1961 with her portentous “Please Don’t Treat Me Like a Child.” Her record “You Don’t Know” was No 1 in the charts in August 1961, and an incident took place involving fourteen year old Mark Feld (Marc Bolan):

“We were up at the club one evening playing ‘You Don’t Know’ when … Mark Feld came in with a load of his pals from a rival club up the road at Stamford Hill. They were ‘modernists,’ dressed up to the nines in Italian suits, with short ‘bum-freezer’ jackets and smart trousers….

He walked in like he owned the place…. which didn’t go down too well. We were just a little club but we thought we were terribly ‘in,’ and here was this guy making a big entrance.”